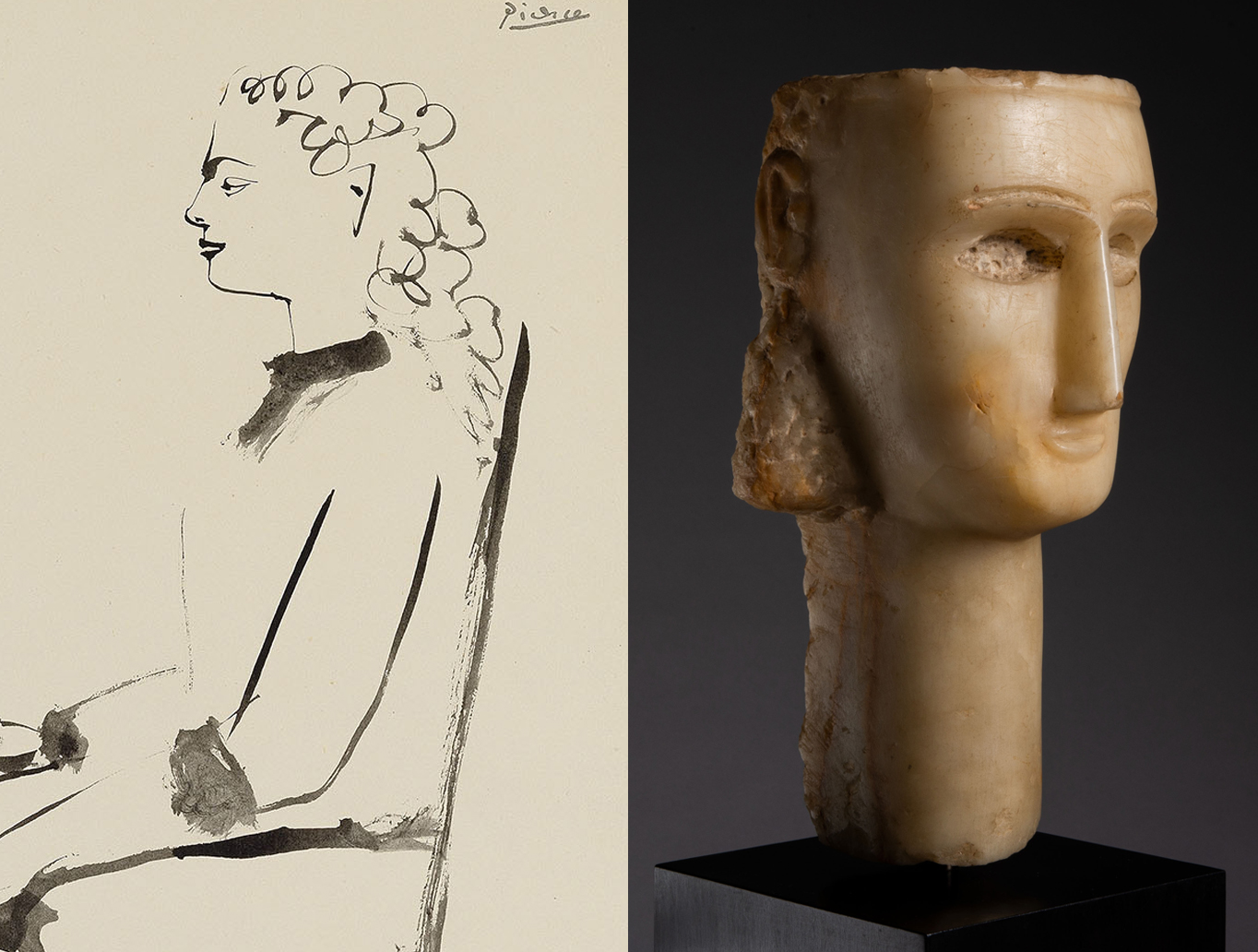 
Considering Picasso's insatiable appreciation for exceptional works from all periods, the present Southern Arabian Head of a Woman from circa 100 B.C. – 100 A.D. would surely have captured his imagination. More pointedly though, the Gosol period of 1906 is widely credited to be the watershed moment that led to Picasso’s creation of the first cubist masterpiece the following year: “Les Demoiselles d’Avignon.” Interestingly, there seem to be “affinities” between Picasso’s work of this period and medieval Romanesque art, mostly from churches in the Pyrenees built during the 11th to 13th centuries. One glance at the Gosol Madonna, for instance, reveals that it was a source for Picasso’s painting Woman with Loaves (1906). So perhaps loosely tying the Southern Arabian Head of a Woman to Picasso’s work, one could invoke the fact that the above mentioned medieval Romanesque churches up in the Pyrenees were erected during the golden age of Muslim Spain...

In an article discussing the relationship of Picasso with Islamic art, the author notes:

“Juxtaposing examples of premodern Islamic art with Picasso’s paintings de Lorey noted the abstract qualities of both, and suggested that “only a Spaniard descended from Moors” could have Picasso’s visual sensibilities, and (quoting Apollinaire) that there must be in his ancestry some distant Muslim given over “to the demon of abstraction.” Hence, the arabesque qualities of Picasso’s work were probably a “hereditary gift” of this purported Islamic heritage.”

Picasso the Muslim: Or, How the Bilderverbot became modern