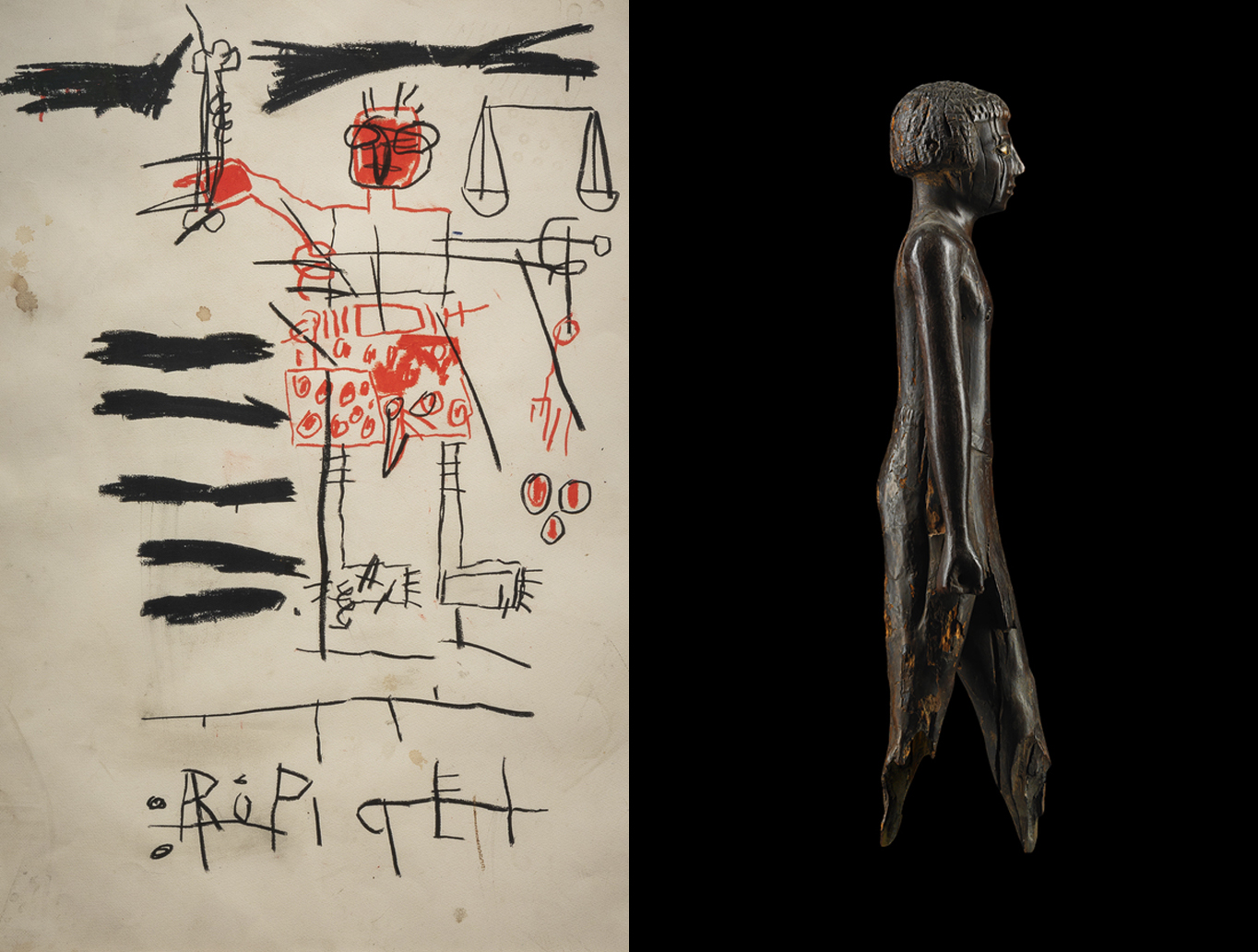 
4,000 years separate these two exceptional works, yet their creators thrive to meet eternity with a similar verve; the Egyptian figure celebrates the elusive concept of 'KA' -a notion very appropriate to characterize the timeless art of Basquiat.

"The term 'KA' is usually translated as “spirit” or “double,” yet the all-encompassing meaning of the concept still eludes us. The ‘ka’ was an entity which secured the physical and mental activities of man. It could designate human individuality as a whole, referring to character, nature and disposition."